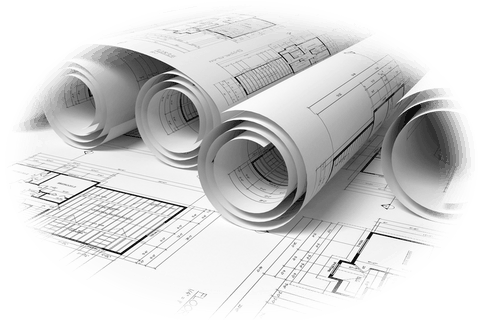 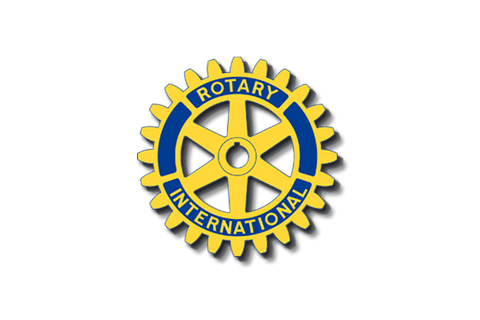 Many commercial enquiries were made to lease or buy a shed but all to no avail. An offer from the Showground Trust was thoroughly investigated but was found not to be financially viable. The local members of Parliament were most helpful but their suggestions proved unfruitful. The Coffs Harbour City Council said they had some land becoming available in the Airport precinct but that land was not yet available.

While all this frustrating work was going on, John Mandile, General Manager of CHESS (Coffs Harbour Employment and Support Services Inc.) initiated his vision of a Men’s Shed and started an in depth study of the ramifications of opening a Shed. This included budgeting, legal, OH&S, leasing and staffing. John Mandile knew of Rotary’s desire to establish a shed, and with assistance from Vicki Woodrow, Human Resources Manager of CHESS, John leased a bare 500 square metre tin shed in Marcia Street Coffs Harbour. 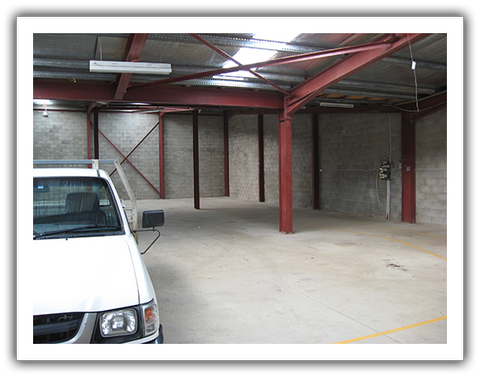 On the 14th May John Mandile called a meeting in his office and advised Rotary representatives that he had leased the Marcia Street shed for 3 years. CHESS would pay the lease and all the occupancy costs, as well as pay for a Supervisor for 3 days a week.

The Men’s Shed was to provide a venue for CHESS clients as well as the Community at large, and would be set up for woodwork. Rotary was invited to do the fit out of the shed and provide a layout plan, and a list of equipment needed. Rotary was formally asked to provide mentors for teaching and guidance to the clients of the shed.

On the 29th May a meeting at the Shed confirmed that The Rotary Club of Coffs Harbour would take on the work required at the shed and Vicki Woodrow handed the keys to Derek King Scott of the Coffs Harbour Rotary Club. 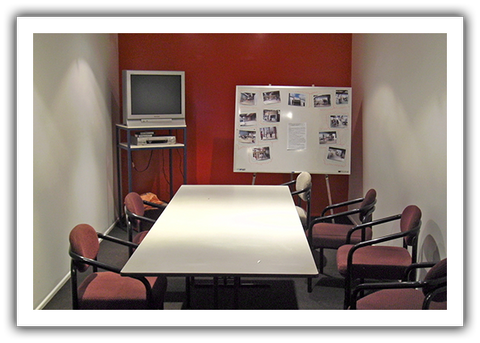 It just so happened that Allen Mitchell had a business lease change over and on the 25th June he arranged for the entire furniture and cupboards etc. of Sullivan and Nicolaides Pathology to be sent to the shed.

What a magnificent start!!!. 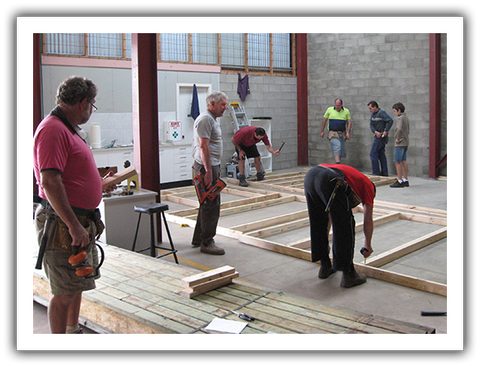 July saw an ad placed in the Advocate for the position of Supervisor of the Shed. There were approximately 35 responses. On the 25th July Wayne Glenn held the first of many working bees, and used the resources of the Rotary committee to seek donations of the materials required for the project. Wayne was most impressed with the generosity of the business community and was able to forge ahead with the fit out. While the fit out was going on, many members of the community donated materials and most importantly tools and floor machinery. Most of these donations had to be picked up and stored. An inventory list was taken and thank you letters were sent out to the donors.

Derek King Scott and Allen Mitchell were the best beggars. Derek King Scott used his scrounging skills learned from the Glenreagh Mountain Railway to arrange for all sorts of things to arrive at the Shed, no one will ever know the work Derek has done behind the scenes. Timber, particle board, electrical wiring, switches fittings, paint, doors, windows, stairs floor coverings, sign writing etc. came to hand. The working bees continued at a relentless pace, with at least 10 on weekends as well as many on week days. Soon the lecture room, the kitchen, the office and the mezzanine became a reality. 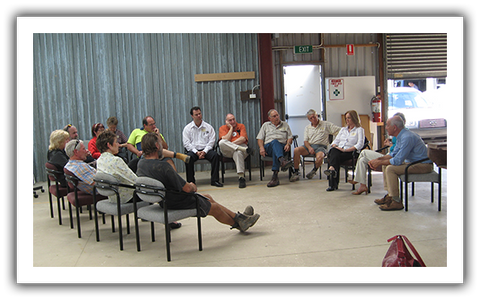 After the committee members interviewed the applicants on the short list, Peter Murphy was appointed on the 23rd September 09.

Peter Murphy quickly become very involved with all the aspects of the Shed, with particular emphasis on calling on referral groups to encourage participants to utilize the Shed’s facilities. The listing and categorizing of the tool equipment took a high priority, and in conjunction with the committee, this job was soon completed. The tools and equipment still required was nearly all defined, and a wish list was created. The layout and the subsequent storing of all the donated goods had been demanding, as well as the necessary compliance with OH&S. 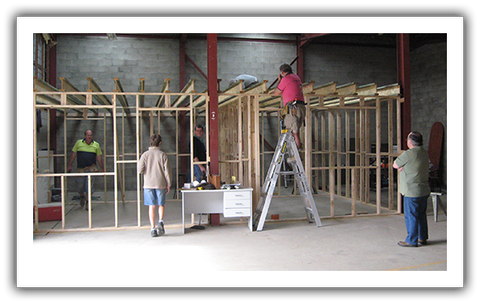 On the 6th October the Steering Committee for the Shed was formalised.

The make up was: - 3 voting members from CHESS, John Mandile, Vicki Woodrow and another officer. From Rotary, Derek King Scott, Ken Hall and Ken Howe as voting members and Wayne Glenn, Rob Shone and Paul Pierlot as non voting members.

The committee now meets very regularly and handles the many issues pertaining to the Shed. During October the Official Mission Statement was adopted, also the Committee was able to display the Ten Rules of The Men’s Shed, which gave, in fairly simple direct language, basic rules for operation of The Shed. October also saw the first defined project, that is “The Possum Boxes”. Bunnings suggested WIRES would like the Shed to produce boxes for relocating possums. Bunnings donated all the materials necessary and WIRES sent in a possum box specification. The participants at the Shed, under supervision, successfully produced several boxes. 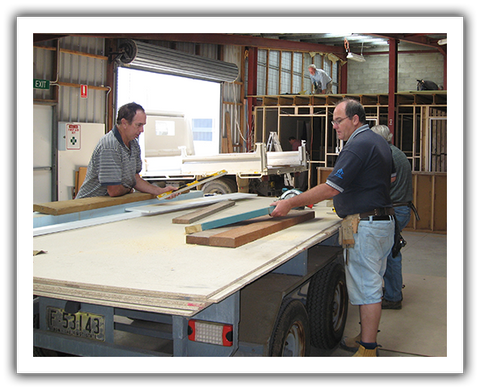 On the 25th November Rotary handed over the Men’s Shed, the fit out completed as planned.

Peter Murphy’s input greatly helped in calling The Shed operational at this handover. 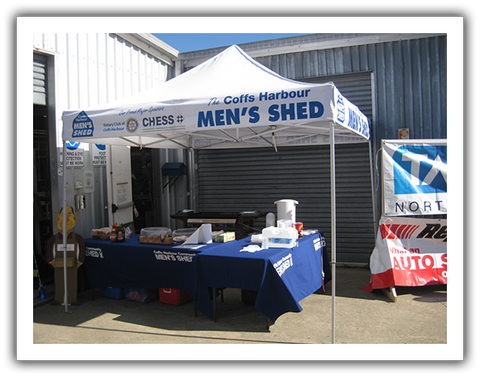 On Wednesday 27th January 2010 the Rotary Club of Coffs Harbour held their regular evening meeting at the Shed. Other local Rotary Clubs attended and in all about 55 people were present. The Coffs Rotarians provided the meal and refreshments from the BBQ trailer (the Clouto). The night saw some donations confirmed and some more tool equipment would be purchased. 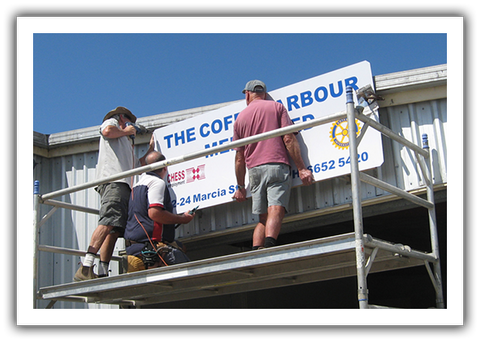 During November plans were put in place to have the “Official Opening” on Tuesday 16th February 2010 at 11.00am and finally the big day arrived. Mayor Keith Rhoades, Deputy Mayor Bill Palmer, Federal Member Luke Hartsuyker, and State Member Andrew Fraser were the representatives for the government. Also present was John Mandile, General Manager of CHESS, with about 15 CHESS representatives and about 25 Rotarians, including Wayne Stokes, President of Coffs Harbour Club. Peter Murphy, the Shed’s supervisor, had arranged for several mentors and participants to be available.

It was pleasing to see so many representatives from the business community as these were the people whose sponsorship made the Shed possible. There were plenty of representatives from community groups. The media was there in strength and resulted in two features on that night’s local TV news, and the newspapers gave two reports over the next couple of days.

The 11.00 am start saw the attendees looking around the Shed and partaking of the free sausage sizzle and light refreshments provided by Coffs Harbour Rotary. At 11.30 am MC Ken Howe called the 150 people to order and the 5 speakers progressed through the programme which culminated in the ribbon being cut at 11.55am by Luke Hartsuyker, John Mandile and Wayne Stokes. Proceedings finished on time at noon.

The next weeks after the opening saw the level of community enquiry increase dramatically. Peter Murphy was now able to concentrate on the very core of the Men’s Shed activities, that is to get the mentors and participants up to full strength and see the completion of some projects they had undertaken. This “production” saw the very heart of the Shed come alive, Men working shoulder to shoulder in a harmonious environment learning new skills, enjoying each others company and sharing a sense of accomplishment.